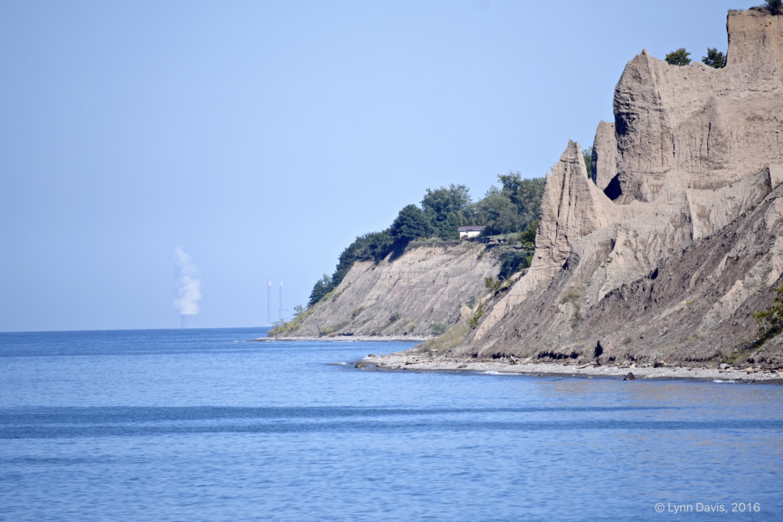 "The Circle of Life" - this dead tree is still home to many critters and a food supply for many other organisms. Photo taken at the Baltimore Woods Nature Center. 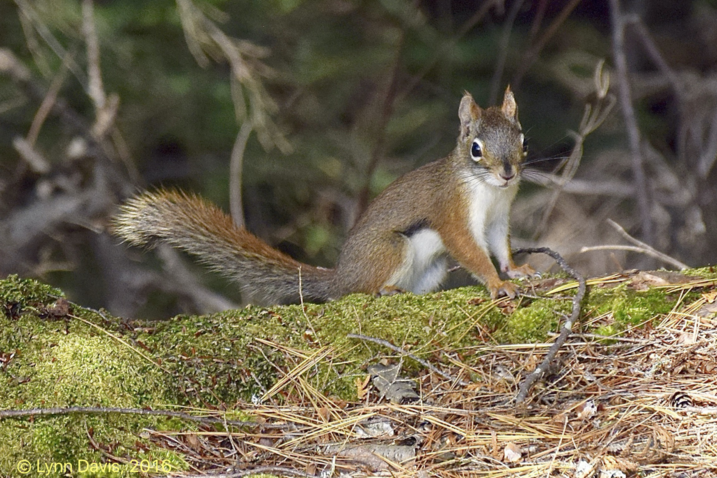 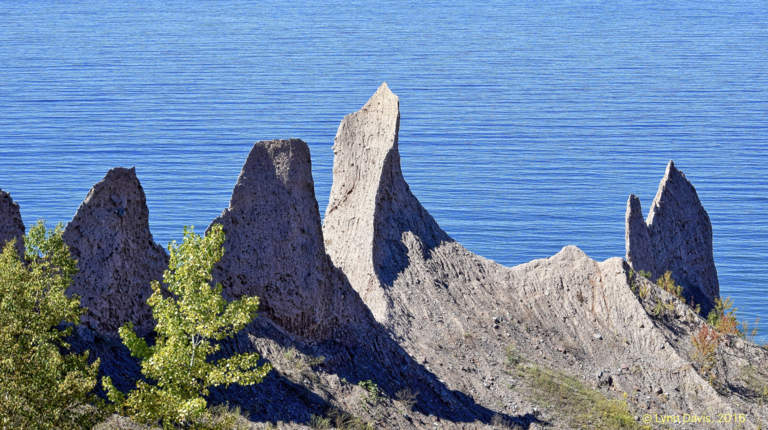 One of the trails at the Center for Nature Interpretation in the Adirondacks, Newcomb, NY. 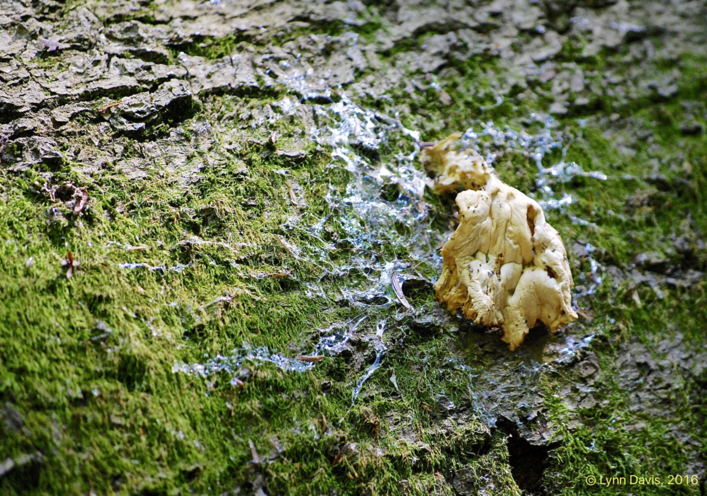 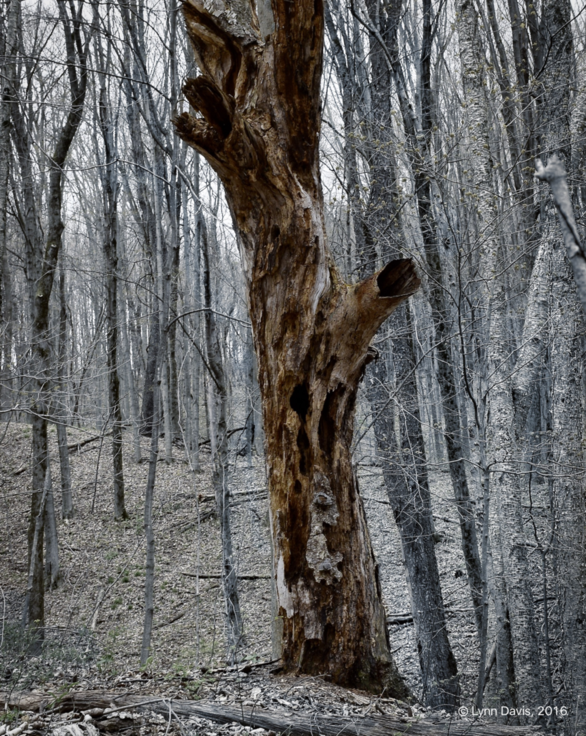 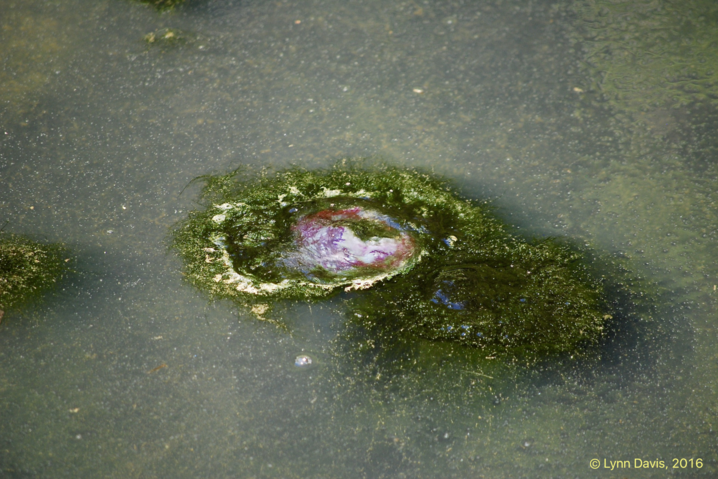 Chimney Bluffs State Park near Sodus Point, NY. In the background is the Nine Mile Point nuclear power station which is 25 miles (40 km) to the northeast of the park, as well as the coal smokestacks located in Oswego, NY. Notice that you cannot see the entire cooling tower because, at 25 miles distance, the bottom part of the cooling tower is below the earth's horizon. The earth is a sphere, and at 25 miles away objects are getting lower and lower in the horizon.

A squirrel at the Center for Nature Interpretation in the Adirondacks, Newcomb, NY. 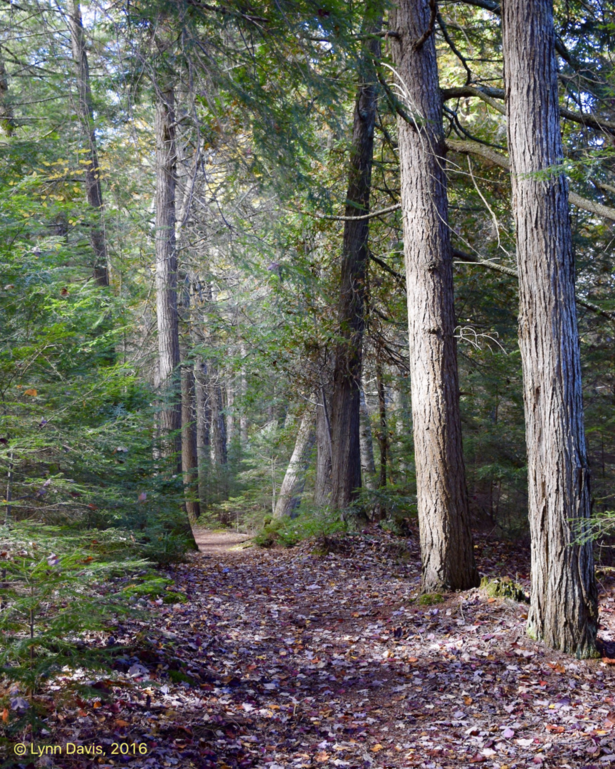 The translucent material is a slime mold growing on a dead tree trunk and fungi. Photo was taken at the  Letchworth State Park, Castile, NY. 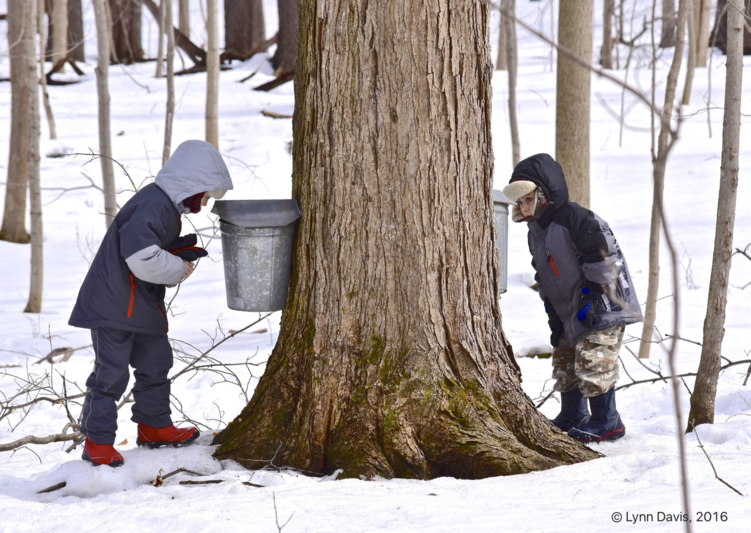 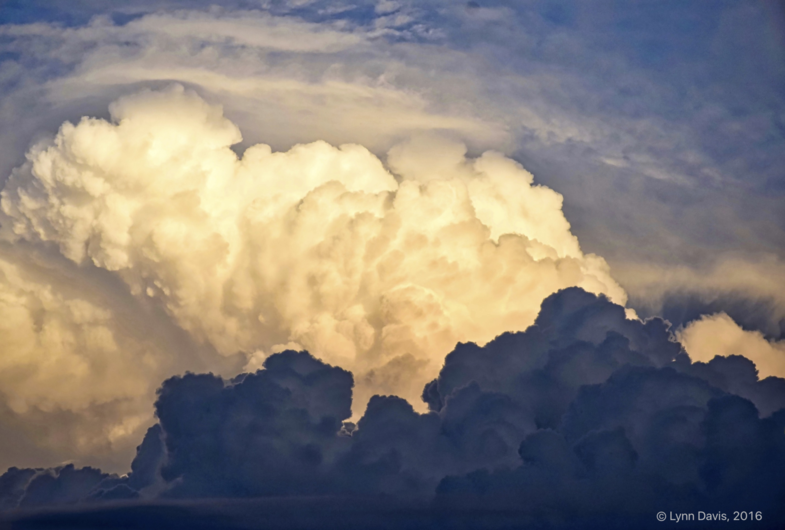 Another view of Chimney Bluffs State Park near Sodus Point, NY. "The bluffs are formed from eroded drumlins, teardrop-shaped hills of glacial till that were deposited and shaped by glaciers during the most recent ice age. The erosive power of wind, rain, snow, and waves has formed the landscape into sharp pinnacles.  Although the pinnacles and cliffs, some of which rise up to 150 feet (46 m) above the lake shore, have existed for thousands of years, they are constantly changing and further eroding. The average erosion of bluffs is one to five feet (0.3 to 1.5 m) per year." (Wikipedia.org)

The Wonders of Nature

A mass of algae in a stagnant pond at the Letchworth State park, Castile, NY. The park is often referred to as the "Grand Canyon of the East."