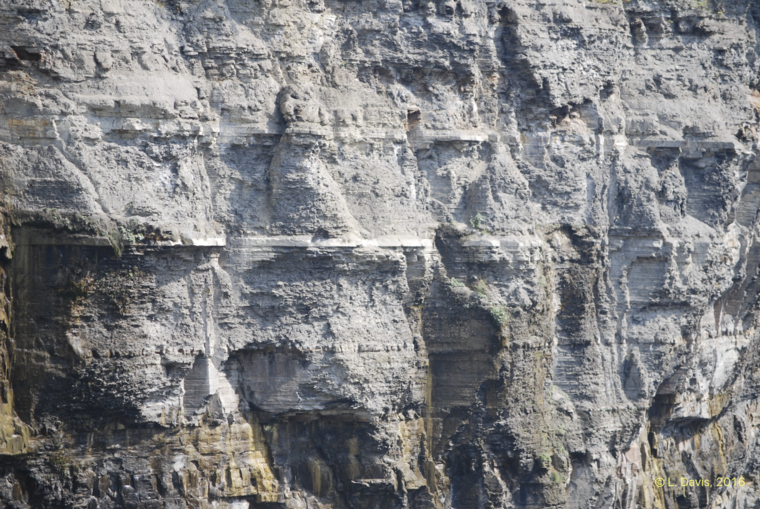 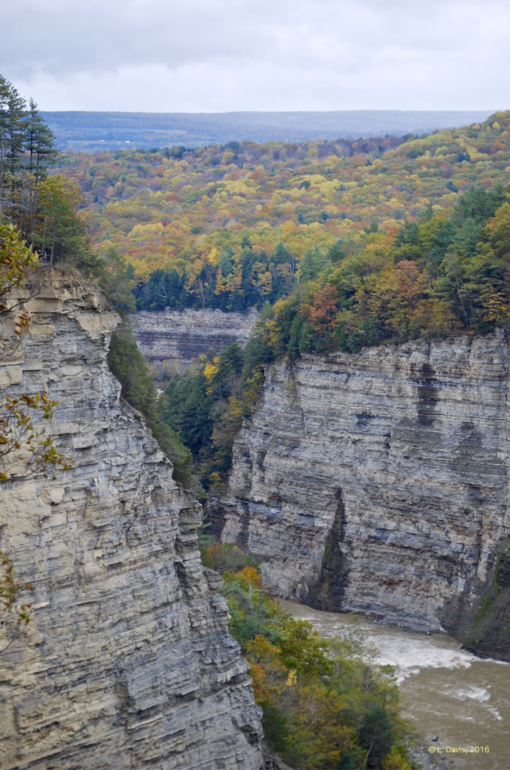 A talus pile - photo taken near the Mendenhall Glaciers near Juneau, Alaska. 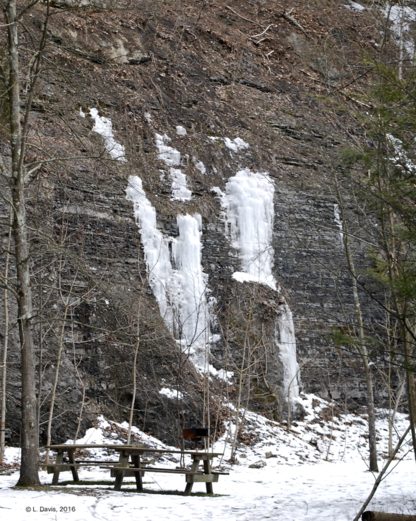 A close-up of some of the rock layers at Letchworth State Park.

Horizontal rock layers at Letchworth State Park, Castile, NY. It's also referred to as the "Grand Canyon of the East." The rock is mostly shales with some layers of limestone. The sediments were deposited in the Devonian when this area was covered by an inland sea. 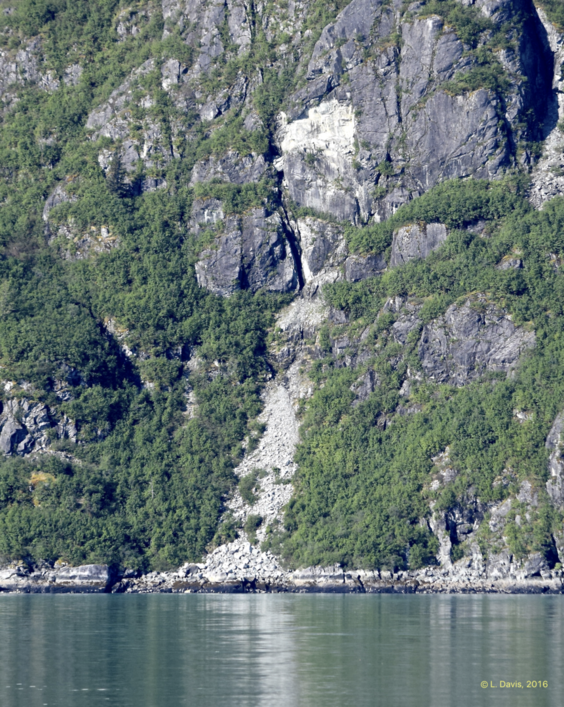 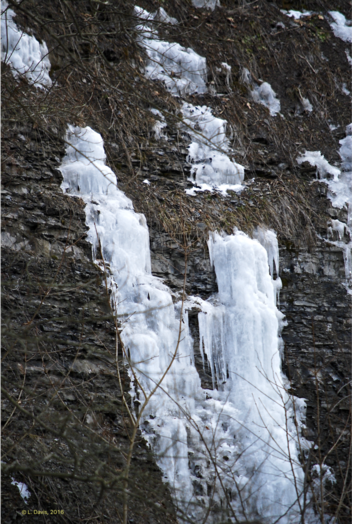 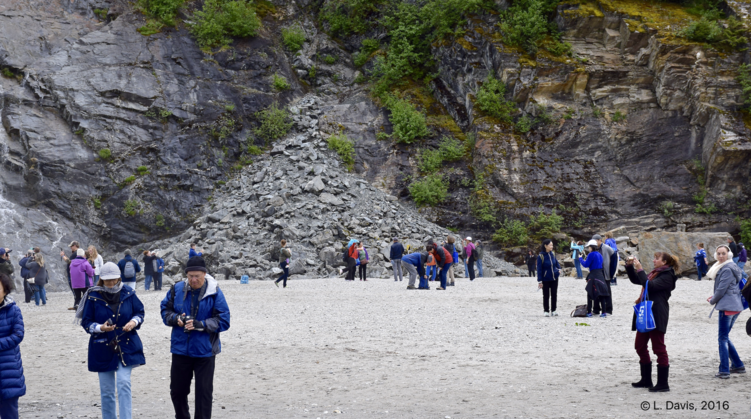