5) Select the FORMATION that you have put your 4 ships into and select that you are ready to play.

6) You will enter into the Chaos Quasar and you will see three different battles that you can engage in. Look at the strength of the enemy fleets for each battle. Start your first battle with the enemy fleet that has the GREATEST strength. Always start with the strongest enemy fleet, because you will be entering that battle with YOUR strongest fleet. Also, as you win each battle, the amount of damage you can fix will change. You want to fight your weakest of the three opponents last. In the screen shot below, I will attack the target I have put in an orange box FIRST, as it is the strongest of the three.

3) Next - Click on  Dexter's Laboratory (see RED arrow below).

9) IMPORTANT NOTE!!  If you lose a battle, don't "give up" ... and DON'T REPAIR YOUR SHIPS!! If you lose a battle you can click again on the SAME BATTLE YOU JUST LOST AND TRY AGAIN!! Your ships are automatically repaired back to the original health they had when you first started the battle. You can fight any one particular battle that you keep losing over and over and over until you figure out the correct formation to use to beat the enemy fleet. I have fought some battles 25 - 30 times before finding a winning combination.

If you take good notes on the Battle Form, once you have found the winning combinations, you can usually play through the Chaos Quaser relatively quickly.

10) Once you win a battle, THEN use the RESTORE button to bring your 2 main ships back to 100% (if possible). THEN go and fight your next battle. Always fight the strongest fleet first.

11) Sometimes you might withstand too much damage to fully REPAIR to 100%, OR you might not be able to successfully finish a battle. IF that's the case, use one or both of your spare "weak" ships in the next battle. Sometimes just putting them in front of your main ships (so they take the first damage of the battle) will be enough to give your main ships the ability to win the battle). DO NOT repair your weak ships -- save any repair energy for your main ships. I try to use my weak ships ONLY on the last wave - as that is usually the hardest one to win.

12) There are a total of 5 waves with 3 battles in each wave, for a total of 15 battles. As you beat each wave your rewards are:

​TOTAL = 14 Z Boson's plus other rewards

13) Once you have notations on most of the winning battle formations keep your pencil handy for when the game throws NEW formations at you. Just keep taking notes as you go. Most of the formations are played over and over again - just with different fleet strengths. Sometimes the game throws a brand new fleet configuration at you. I simply look over my notes to see which of the enemy formations it LOOKS LIKE THE MOST -- and I use my formation as the first starting point. It's usually successful. If not, keep trying other formations until you find the one that works. 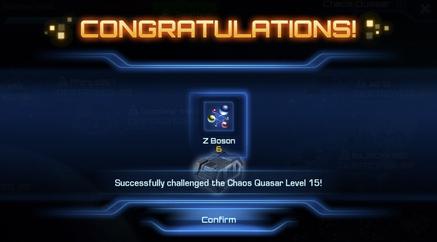 14) Eventually I changed my Chaos Quaser "attack" ship from Elsa to Retrobot and slowly made upgrades to Retrobot increasing it's power. I eventually reached a point where the total power of my flagship and Retrobot where not good enough to defeat Chaos Quaser - no matter what formations I tried (and I tried them all). I then decided to try another ship in place of Retrobot. Unfortunately they all faced similar results -- I was unable to complete the 15 battles.

What I discovered was that by increasing my Starocean stones to level 8, it artificially increased the "power" reading of each ship (and the fleet) to a level that was hard to defend against equally "powerful" ships. In other words, if my fleet is, say, 250 million in power, and I attack a fleet of 220 million, I stand about a 30% chance of losing a battle. The Starocean stone inflates the power of each ship to a number greater than the actual offensive/defensive capabilities of the ship.

To compensate what I now am doing is switching my R-5 Level 8 Starocean stone in Retrobot to a R-4 Level 1 Starocean. That reduces my Chaos Quaser "fleet" by around 7 million power units but doesn't reduce the overall offense and defensive capabilities of Retrobot to succeed in Chaos Quaser. This in turn reduces the power of the ships chosen by the computer that I have to fight in Chaos Quaser. I am now back to completing Chaos Quaser level 15! 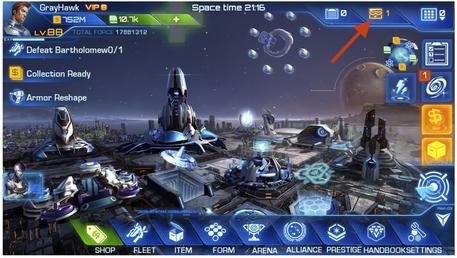 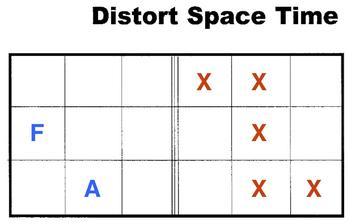 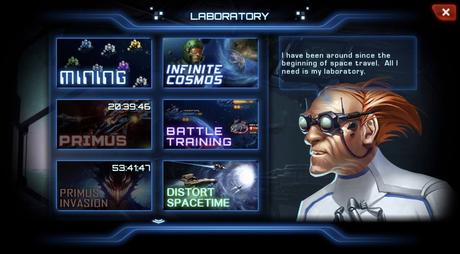 7) Before you start the actual battle, make a notation (in PENCIL) on you Chaos Quaser Battle Form as to the starting locations of the 5 enemy ships AND your two ships. You will notice that there are a maximum of nine (9) spots where enemy ships can be positioned, and there are a maximum of 9 locations where where you might place your ships. Some are probably "blackened out" because you don't have the rank yet to use them. Notice also that on the Chaos Quaser Battle Form I have drawn in 9 squares for your ships and 9 squares for the enemy ships.

I have found you don't HAVE to note the type of enemy ships (I simply note them with an "X." If you want you can be more accurate and make what type of ship is in which location). You MUST however mark where each of your two ships are located for the battle. In the example below, the enemy lineup is represented on the right hand side by the 5 X's. I have decided to place my Flagship (symbol "F") and my Elsa ship that I am using for attacks (symbolized by the letter "A").

8 - A.  If you WIN the battle, make a notation that this is a winning formation for you. Also write down how much  damage you had to repair. While this might be a winning formation, if you took 150 in damage you would want to try some other formation the next time you face this configuration. ALSO, you might also face this configuration later in the Chaos Quaser and it might have more power, so you will want to note various configuration(s) that you use to successfully battle this (and other) formations.

8-B. If I LOST this battle I simply erased the F and the A and would try another configuration until you find one that works. KEEP TRACK OF ALL YOUR WINNING FORMATIONS AND WHAT ENEMY CONFIGURATIONS THEY WORKED BEST AGAINST. 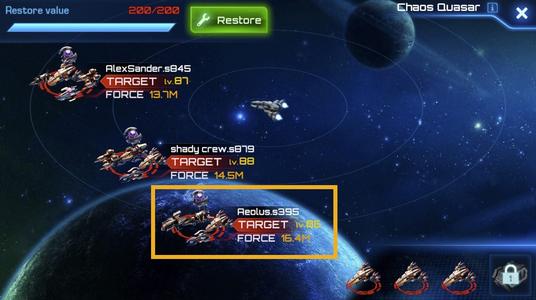 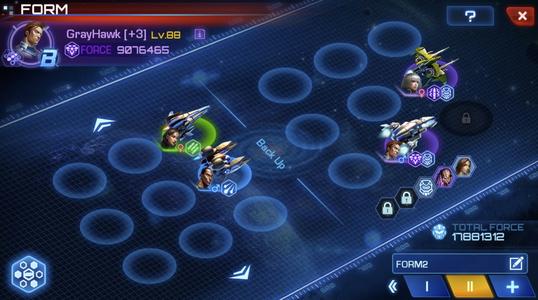 4) Scroll down and click on DISTORT SPACE TIME (see below).

2) Before you start battling, download the sheet below and make 2-3 copies of it. I'll explain how to use it in STEP 7 below.

Chaos Quaser (also known as Distort Space Time) is the primary way in which players can obtain Z Boson's. Utilizing Z Bosons are one way in which players can strengthen their ships. One of the most confusing aspects of the game for me was how to "beat" the Chaos Quaser to win the maximum number of Z Bosons. Completing the Chaos Quaser is also needed to complete the DAILY EVENTS, another aspect of the game that awards you prizes.

Here are the techniques that I use to beat Chaos Quaser. On another page of this website I will how you how to effectively use those Z Boson's.

1)  First you have to chose your ships with which to fight the Chaos Quaser battles. To do this click on the CELESTIAL PORTAL (looks like a space station on the HOME screen). Press the FUNCTION key at the top of webpage, then press the RECRUITED button. You will see all the ships that your currently own.

For almost all the battles you only need to utilize two ships. Everyone has to use their Flagship, the one with your player name on it. For my second ship I now use a Ranger ship, Elsa, as she is good in a battle and good on defense. I also use Sylver (level E) and O'Neil (level D) as my backup. Both my Flagship and Elsa are as strong as I can make them. The other two ships, Sylver and O"Neil, are as weak as I can make them! They have NOTHING added to them, no crystals, no Z Bosons, no enhancements, no weapons, nothing. They are empty ships. This may sound illogical, but even a totally "empty" ship still has some small shields and weapons. Most of the time I do not need to use these 2 ships, but sometimes they are helpful.

So you should now be in the Celestial Portal > FUNCTION > RECRUITED.  You should DISMISS all your other ships EXCEPT your flagship and one other strong ship. NOTE: You cannot dismiss your Flagship. You ALSO want to have TWO weak ships with nothing in them, and they should be placed in the BACK UP area as shown in the screen shot below. To make sure this is the configuration you are fighting with, click on MAIN CONSOLE (bottom right of HOME page). Then click on FORM. That page should be similar to what you see below. My two main fighting ships in the front (right side) and my two weak ships in the Back Up area.