Galactic Portals open in EVENTS. They open to a page called a Galactic Reserve.  The general directions are, “During the event a set of 18 chests will appear in the Galactic Reserve. Open one to get 100k Cubits and an additional reward.” The reward is typically (but not always) a DNA chip of a powerful pilot. You need to get TWO DNA CHIPS in order to receive the pilot. 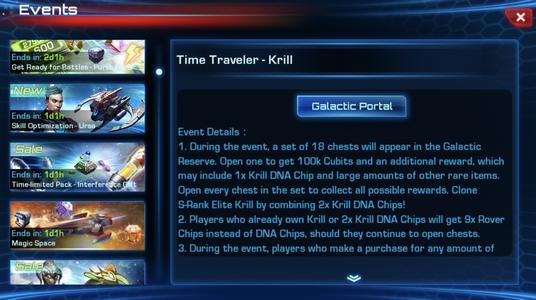 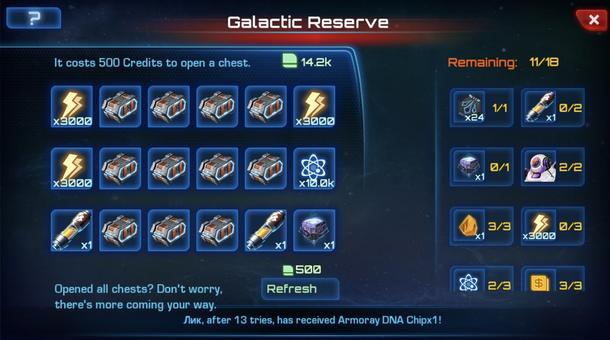 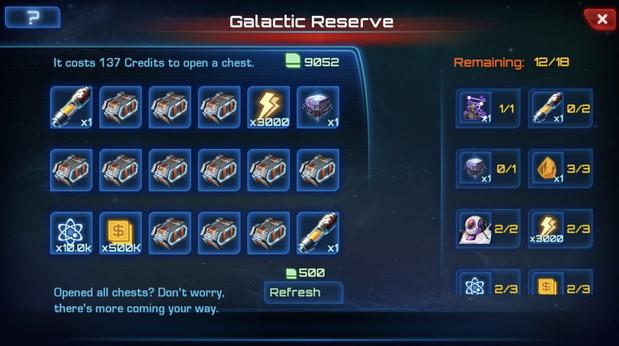 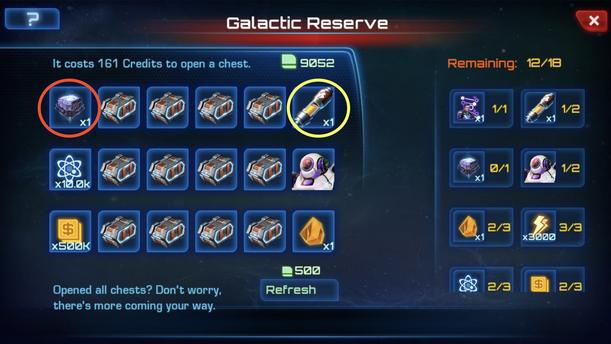 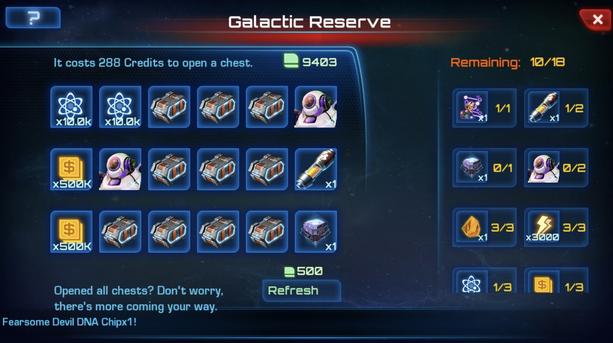 There is good news and bad news to playing the Galactic Portal game!!

You mouse click on a chest in the Galactic Reserve to open it (see game screen shot below)  The first chest is very inexpensive, perhaps 20 cubits.  Each successive chest that you open up costs a greater and greater number of cubits. If you cannot win the big prize until the 18th and FINAL chest it may cost you in excess of 5,000 cubits just to open THAT LAST CHEST. In order to open all 18 chests (if you have to) it can easily cost between 10,000 and 15,000 cubits (or more – depending on the value of the big prize). Remember that you need 2 DNA chests to win one pilot, so you have to play the game two times! Thus a pilot can easily cost between 20k – 30k cubits (or more if you are trying to win a very strong pilot). At a cost of $100US to purchase 15k cubits, that adds up to $150 - $300 (or more).

BUT WAIT … isn't it a random drawing? The big prize should be under 1 of 18 chests (roughly a 5.5% chance of getting a pilot on the first chest). I have played a lot of Galactic Portals (I don’t typically open all 18 chests – see below) and have NEVER won the big prize on the first 6 – 9 chests. In playing for over a year I have only seen a couple of players win a Galactic Portal in under 10 chests.  Most of the time the winner had to open between 13 – 18 chests to win ONCE! I don’t believe the placement of the big prize in the drawing is random. If the chest placement was purely random, one out of every 18 players would win on the first chest. Also, one out of every 18 winners would be on the second chest, etc. I haven’t seen that … ever. The game appears to be rigged so one cannot win a pilot for very few credits.

What this means is that if you want to win a pilot using the Galactic Portal make sure you have saved up a LOT of credits, or have deep pockets if you are buying credits.

The GOOD NEWS for Galactic Portals

If the game is rigged why should you play it at all?? What I have discovered is that very often the big prizes in the Portal (other than the DNA chips or major prize) are hidden on the beginning or ends of the 3 rows of chests. Take a look at the 4 different Galactic Reserves shown below. Notice that I only opened 6 - 8 chests. My goal was NOT to win the DNA of a pilot but to win the one Pandora Power Core and, secondarily, a Power Amplifier. The Power Cores are needed when increasing a ships level (you need 50 Power Cores plus the chips when going from ship Level 6 to Level 7 for example). The Power Amplifiers are used when trying to “interfere” the Z Bosons. They increase you odds of a successful “interference.” I use them when trying to get from, say, level 48 up to 49 and 50. I will explain more about this in another section of this website.

The good news is that some of the better prizes (other than the BIG DNA prize) are often hid at the beginning and end of a row of chests. If you have credits to “spare” sometimes it’s cost effective to spend a few and see what has been placed on the beginning or end of a row. For me, a Pandora Power Core (or an Power Amplifier) are worth gambling a FEW credits.