This is another photo of star trails but this picture was taken with a different technique. This is a composite of 60 photographs with the camera lens open for 30 seconds for each single picture. The 60 photos were then "stacked" together and software was used to "combine" the 60 images into one time-lapse photo. The camera was facing almost due south. For each photo I used a Nikon D5300 with 18-140mm lens set at 18mm, ISO 800, f/4 set at 30 seconds. The photo was taken at the Cherry Valley State Park, PA. The stacking software used was StarStaX. The shutter was controlled by a Vello ShutterBoss II Timer Remote Switch. 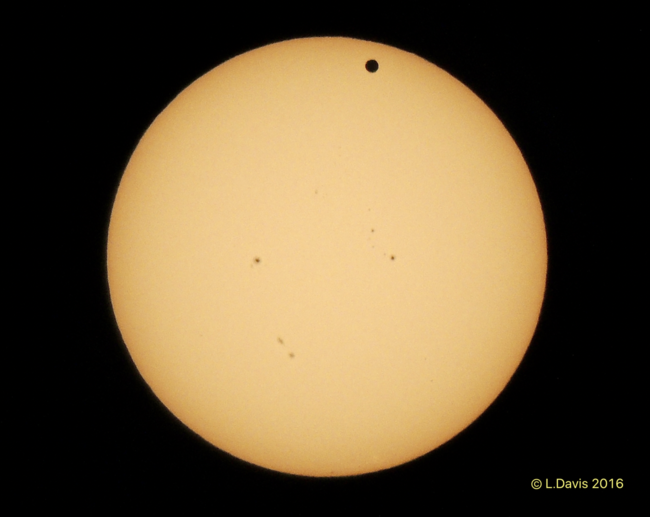 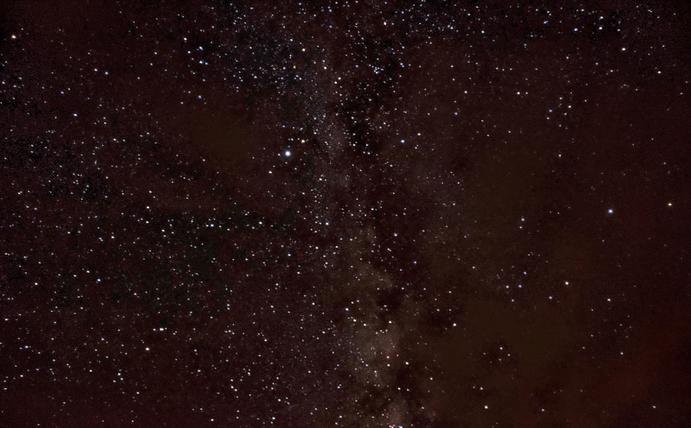 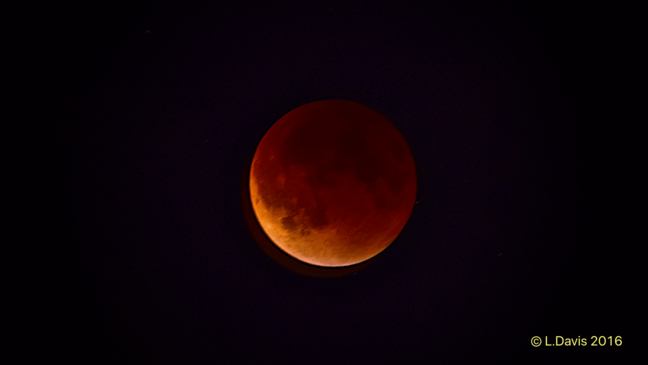 The back of the 200-inch mirror disk at the Corning Museum of Glass.

Star trails with a meteorite in the upper left hand corner of the photo and the Milky Way Galaxy on the right side. Photo was taken August 30, 2016 at 9:51pm at the Cherry Valley State Park, PA. The camera was pointed toward the south. This park is designed for astronomers and features a "dark sky" observing area complete with campgrounds and observation domes.  For more information: http://www.dcnr.state.pa.us/stateparks/findapark/cherrysprings/  Photo was taken with a Nikon D5300, Nikkor 18-140mm f3/5-5.6 lens, ISO 800, 18mm, f/4. The shutter was open for 15 minutes. The shutter was controlled by a Vello ShutterBoss II Timer Remote Switch. 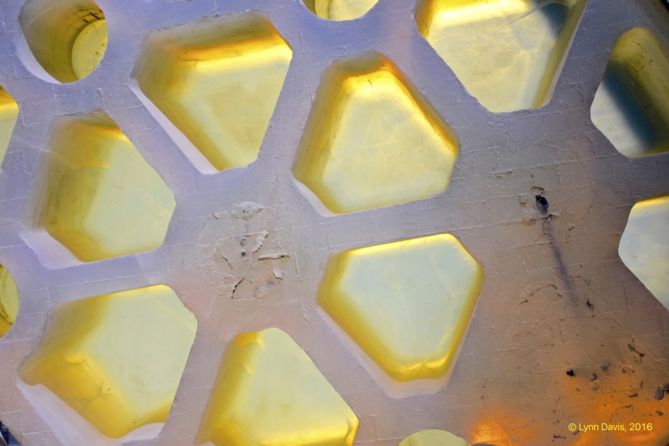 A lunar eclipse (earth's shadow is cast on the moon) on September 27, 2015, 10:14pm. Photo taken in Liverpool, NY. The photo was taken a short while before the total lunar eclipse. The reddish color is the result of light rays traveling through the earths atmosphere, bending red sunlight into the earth's shadow and scattering out blue light.

Transit of Venus across the face of the sun, June 5, 2012 in Liverpool, NY. Venus is the large black dot toward the 1 o'clock position. The smaller black / gray areas are sunspots. Venus looks larger than Mercury (below) because Venus is closer to the Earth and larger than Mercury. Photo was taken with a Nikon CoolPix P510 at 42X magnification. ISO 125, f/5.9, 1/500 second using a solar filter. 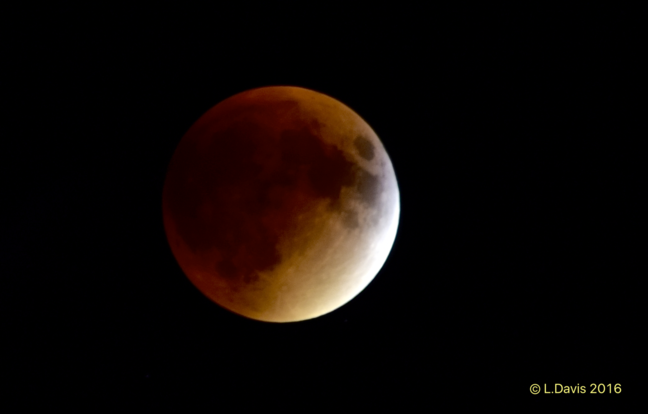 The first of two 200-inch mirror disks (16.66 feet) for the Hale reflecting telescope at Mt. Palomar. Photo taken at the Corning Museum of Glass, Corning, NY. The figures in the front of the mirror are approximately life size. Read it's interesting history here: 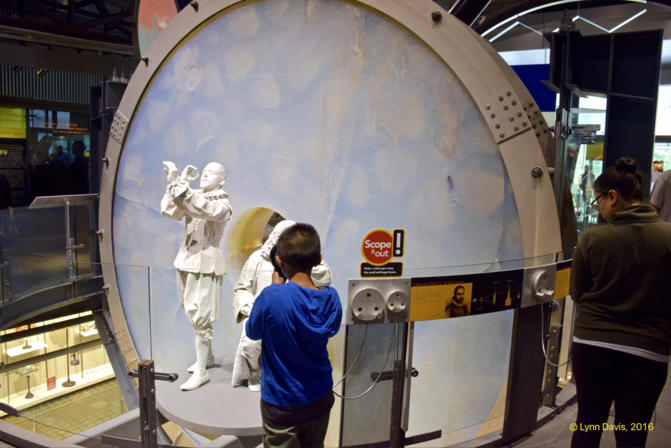 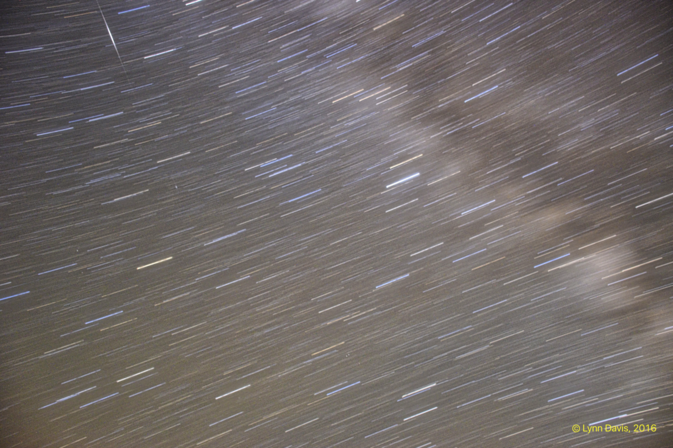 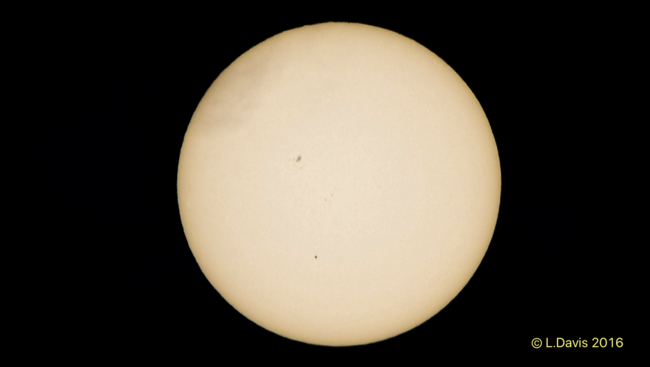 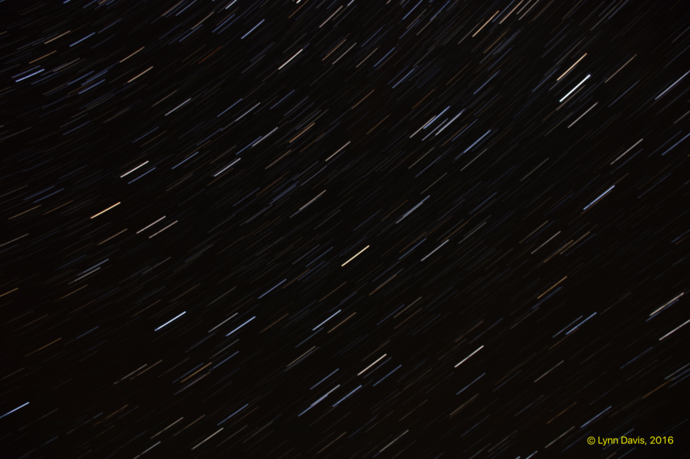 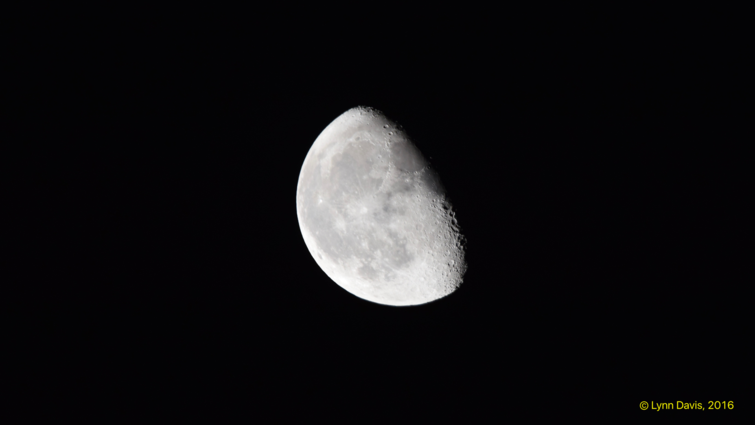