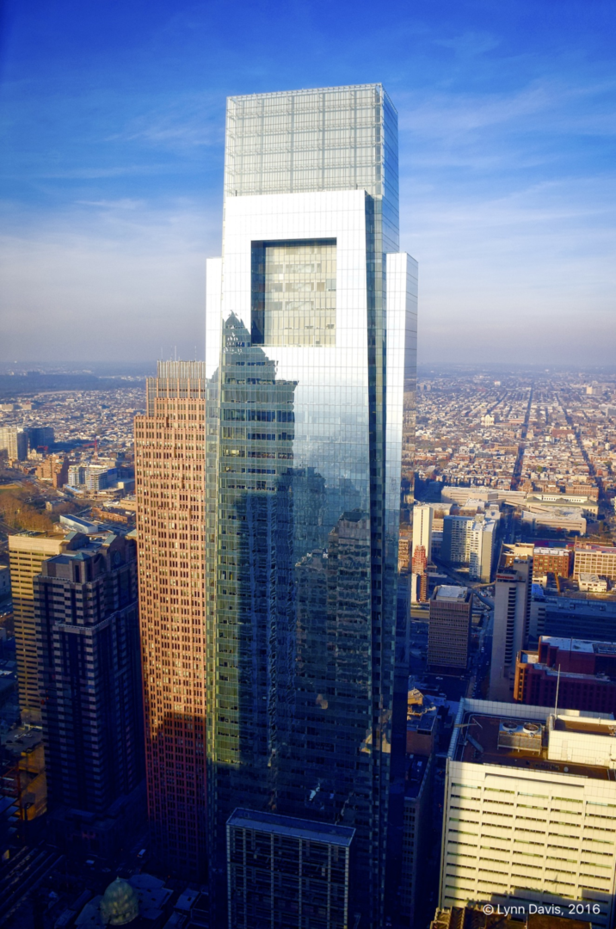 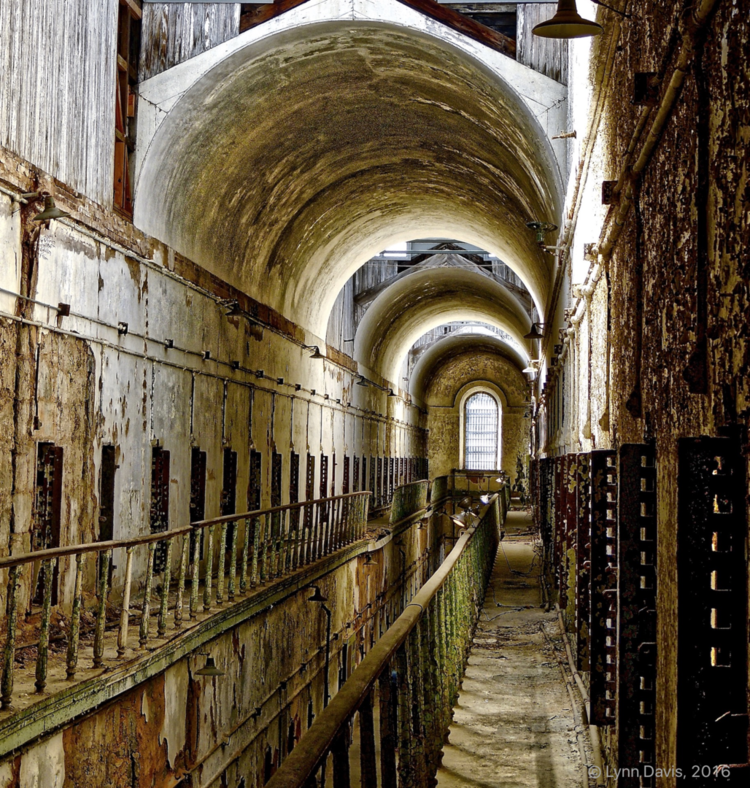 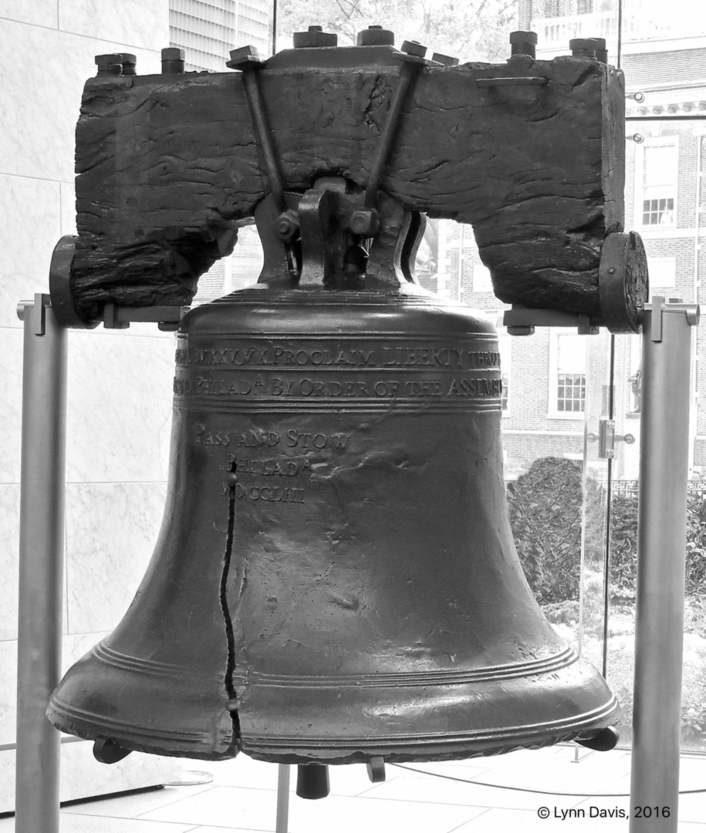 One of two gargoyles guarding the entrance to the Eastern State Penitentiary. 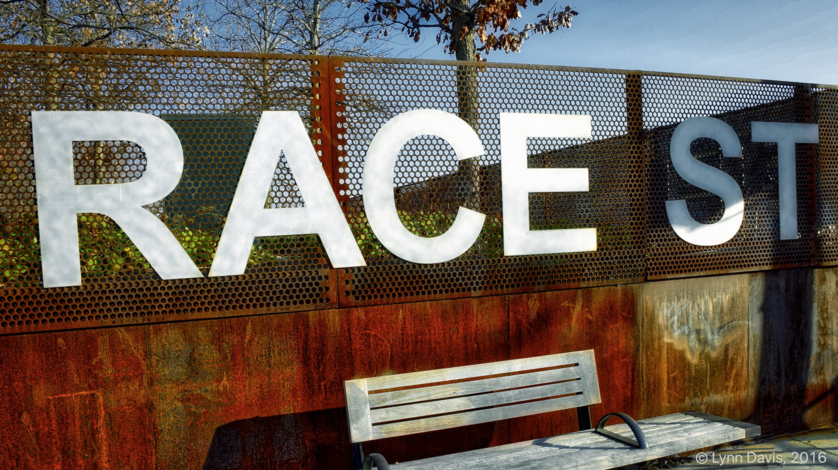 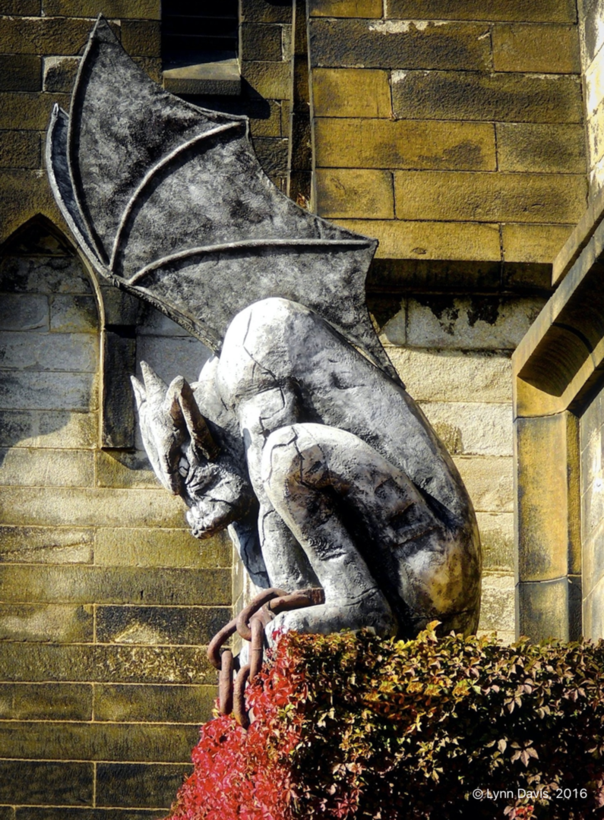 A bronze statue of William Penn located on top of a clock tower at the Philadelphia City Hall. It was installed in 1894. 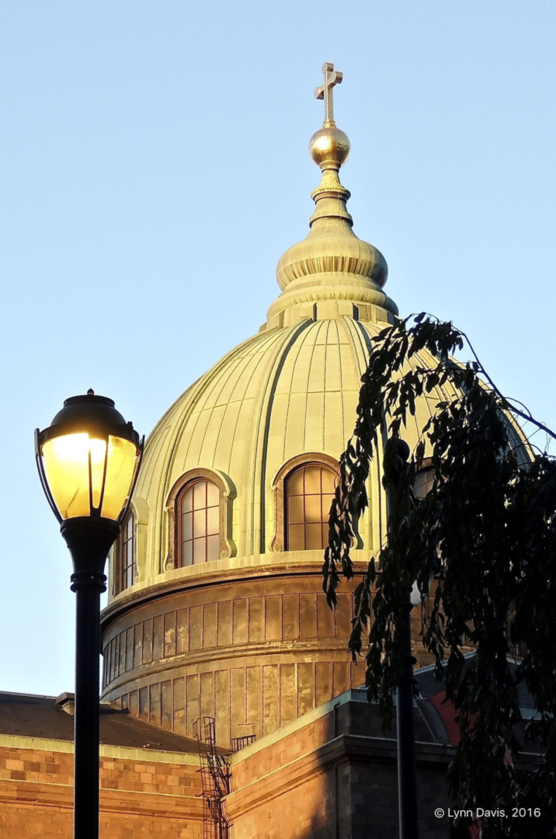 The other gargoyle guarding the entrance to the Eastern State Penitentiary.

Vegetables at The Reading Terminal Market, established in 1892. This is the nation's oldest continuously operating farmers' market.

Race Street, near the Race Street Pier and Park, located near the Benjamin Franklin Bridge. 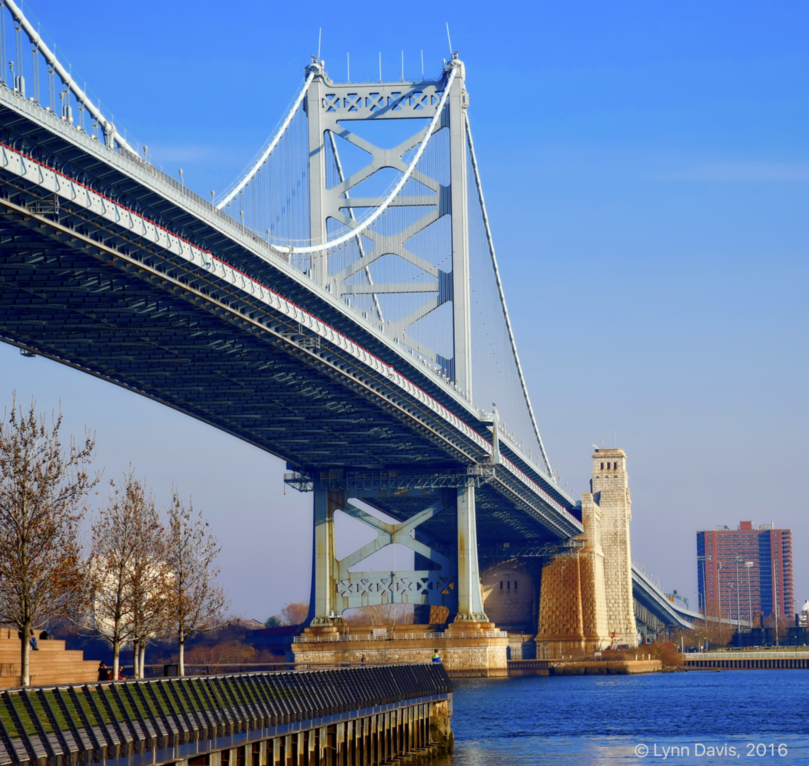 The Cathedral Basilica of Saints Peter and Paul.

One of seven cellblocks at the Eastern State Penitentiary. The penitentiary was decommissioned in 1971 and is a museum today.

The artwork on one of the abutments of the Benjamin Franklin Bridge. 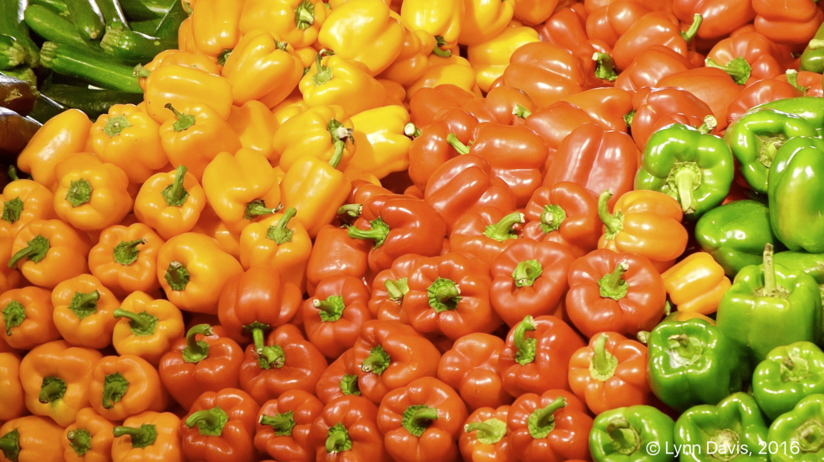 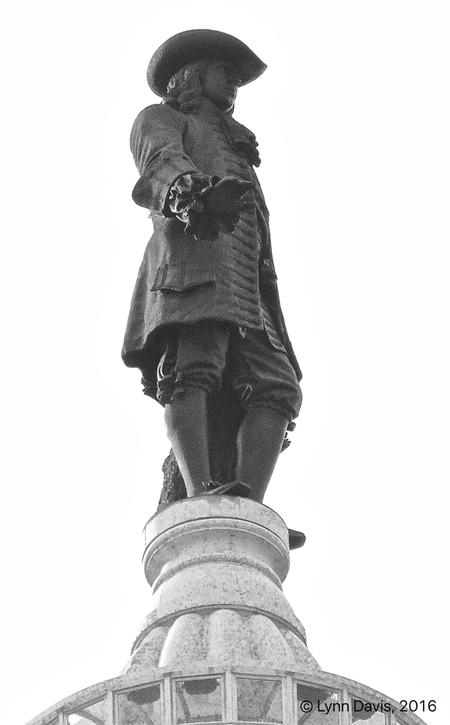 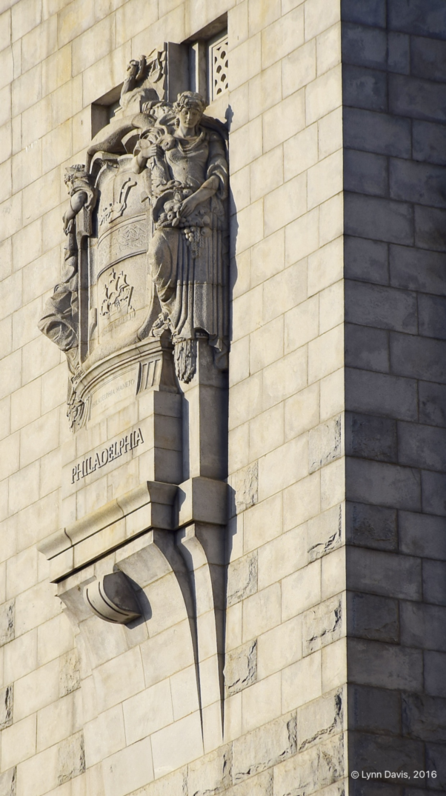 The Benjamin Franklin Bridge, under it you can see a tiny piece of the Race Street Park and Pier. 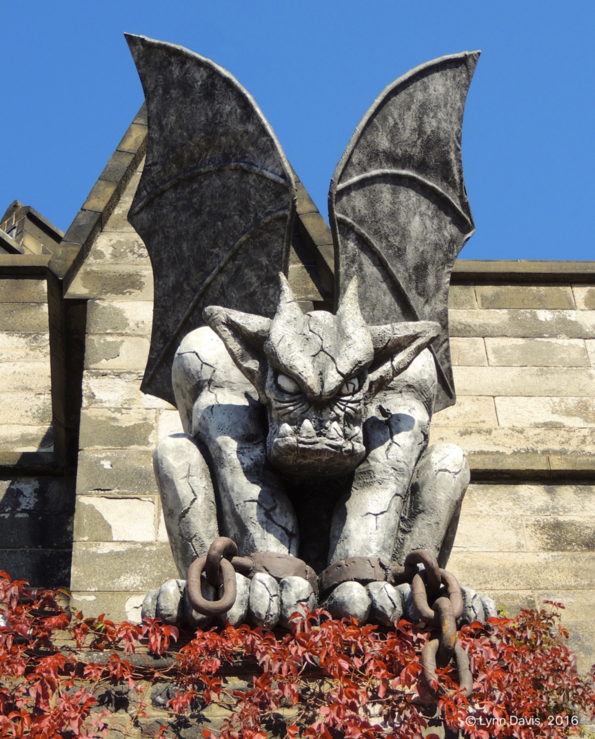